Every problem I've had with Wurt so far 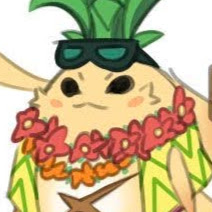 By Pooping_Pete,
October 25, 2019 in [Don't Starve Together] General Discussion