I do not like the idea of ​​a character for a challenge for Wes. 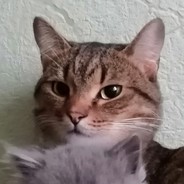