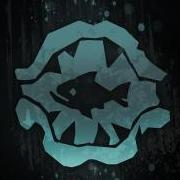 By Seafood Dinner,
December 11, 2019 in [Don't Starve Together] General Discussion

Which of the starvers do you feel is best when it comes to sailing?