What you guys thinks about Warly? 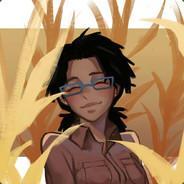 By Lord Cafe,
January 28, 2021 in [Don't Starve Together] General Discussion