How exactly does time work in the constant 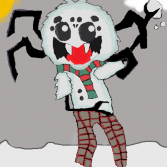 By Coolmop09,
December 1, 2019 in [Don't Starve Together] General Discussion