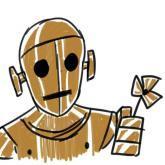 Winters feast extended till the 24th!!

By Crystal Kourosh, December 27, 2018 in [Don't Starve Together] General Discussion