ending How you would do an ending for DST? 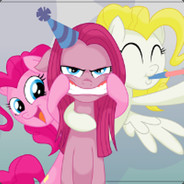 By Pinkamena11FazP,
May 15, 2021 in [Don't Starve Together] General Discussion