What 'useless' items you want to see buffed? 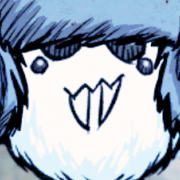 By Ezaroth,
August 19, 2019 in [Don't Starve Together] General Discussion