What would you add to seasons / biomes ? 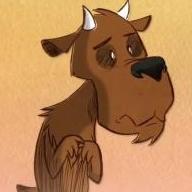 By Yuma Arcl,
January 7, 2021 in [Don't Starve Together] General Discussion