Corsair's Corner - My DST Art with plenty of Darkest Dungeon references and more! 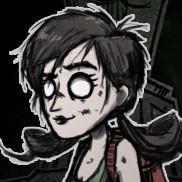