Is Warly a good character? 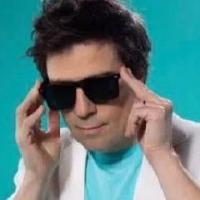 By NormalPinkerton,
September 21, 2019 in [Don't Starve Together] General Discussion

Warly, is he a good character?