Anyone is happy that the fourth character is a human? 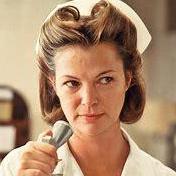