What skins would you give to characters ported from DLC? 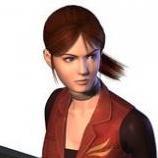