How would you "fix" the lunar island? 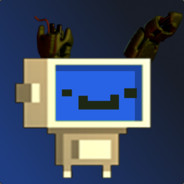 By Frashaw27,
February 24, 2020 in [Don't Starve Together] General Discussion