Why arent the Pliers part of the game yet? 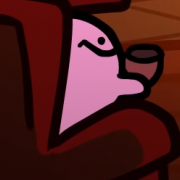 By ShadowKnight8P,
February 23, 2021 in [Oxygen Not Included] - General Discussion