What makes Wurt and Wortox different? 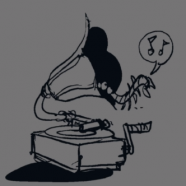 By ExtollerOfTrolls,
July 6, 2020 in [Don't Starve Together] General Discussion