How would you make this game harder if you were a dev tasked to do so? 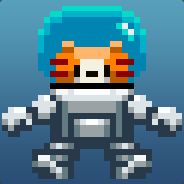 By Sweaper,
June 13, 2020 in [Don't Starve Together] General Discussion