Why do people want Walani in DST? 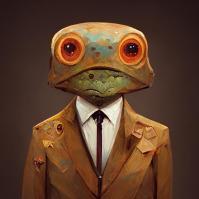 By UbiAnomaly,
June 4 in [Don't Starve Together] General Discussion