Why do people keep complaining about crafting tabs? 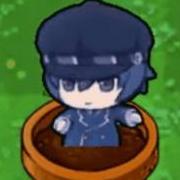 By dubious little,
January 24 in [Don't Starve Together] General Discussion