[DLC]So, why would I teleport a dupe to the other planetoid? 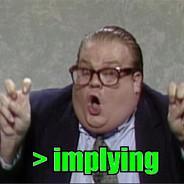 By Isidoro,
August 9, 2021 in [Oxygen Not Included: Spaced Out!] - General Discussion