Who would win in a fight, Winona, Wagstaff, or WX-78 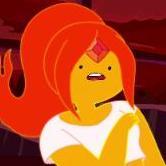 By Primalflower,
January 7, 2021 in [Don't Starve Together] General Discussion

Who would win in a fight?