How to genuinely boost your FPS - Making use of multi cores 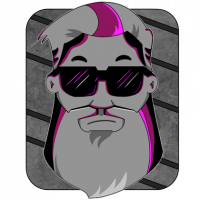 By Lifegrow,
August 26, 2019 in [Oxygen Not Included] - General Discussion