Things that (i think) need to be buffed 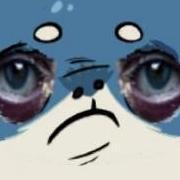 By Eughstein,
May 14, 2022 in [Don't Starve Together] General Discussion