Hamlet and shipwrecked in Dst 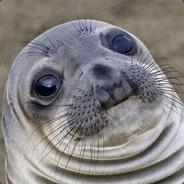 By Mr_potto,
April 9 in [Don't Starve Together] General Discussion