What type of berry bushes do you prefer? 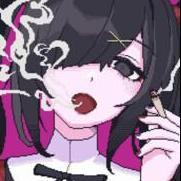 By OMGkawaiiAngel,
June 3, 2020 in [Don't Starve Together] General Discussion

Which type of bush do you prefer?