Is it ok to dig up mushrooms in a public world ? 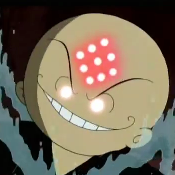 By Waynel,
June 22, 2021 in [Don't Starve Together] General Discussion