Wolfgang does NOT need a nerf 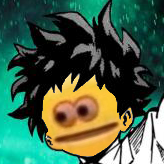 By Seero,
January 6, 2021 in [Don't Starve Together] General Discussion