I Must bring this up AGAIN! -Hamlet and Shipwrecked 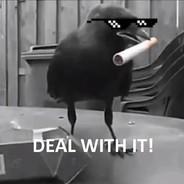