Wendy's rework, one month after 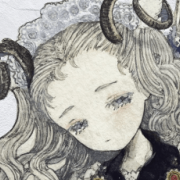 By TipherethB,
April 26, 2020 in [Don't Starve Together] General Discussion