Toxicity, Teamwork, The Forge and The Gorge 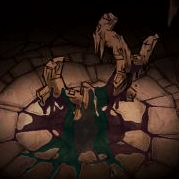