Your most and least liked QOL change 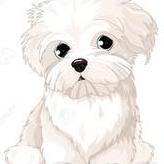 By Cookie95,
June 10 in [Don't Starve Together] General Discussion