Achievements in the game 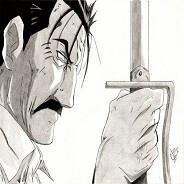 By Coronel Ghadler,
November 18, 2021 in [Don't Starve Together] Suggestions and Feedback