Will there be a test server update this week? 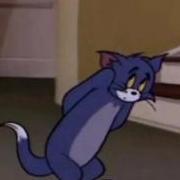 By Pikapikap,
November 17, 2020 in [Don't Starve Together] General Discussion