Winona apreciation and my experience with her creations 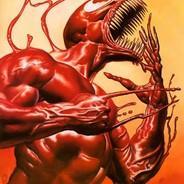 By maquinarara1,
July 18, 2020 in [Don't Starve Together] General Discussion