How do you want Wilson to be reworked? 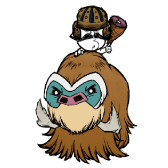