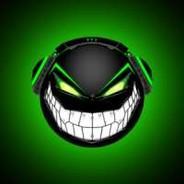 Charlie as a playable character?

By Haxoonie, September 17, 2020 in [Don't Starve Together] Suggestions and Feedback