Game performance: am I doing something wrong? 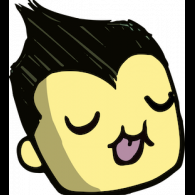 By Croz,
September 3, 2019 in [Oxygen Not Included] - General Discussion