Mushrooms as main food strategy and the Decor Bomb Farm 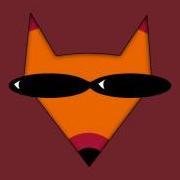 By Steve Raptor,
September 3, 2018 in [Oxygen Not Included] - General Discussion