Co-op (A topic to revisit) 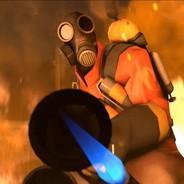 By LegendaryGamer3,
January 22, 2021 in [Oxygen Not Included: Spaced Out!] - General Discussion