What if speed when carrying heavy items varies depending on character 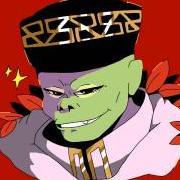 By zenburu,
December 30, 2020 in [Don't Starve Together] General Discussion