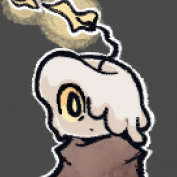 By KM_Harrowick,
December 13, 2020 in [Don't Starve Together] General Discussion

Is Walter an effective ranged character?