Save game has station usage logs. Why? 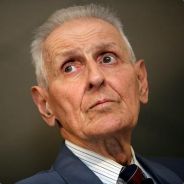 By kevork,
September 10, 2019 in [Oxygen Not Included] - General Discussion