Base Designs and Decorations ft. RoT 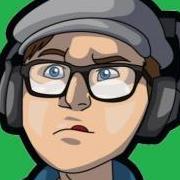 By NSAiswatchingus,
August 26, 2019 in [Don't Starve Together] Beta Branch