Occupational Upgrade Running out of Dirt 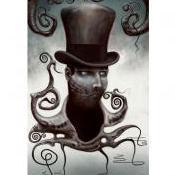 By Entrails,
February 3, 2018 in [Oxygen Not Included] - General Discussion