How OP would be if Wortox... 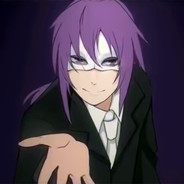 By Tailleur,
July 8 in [Don't Starve Together] General Discussion