About roofs (or any form of rain shelter) 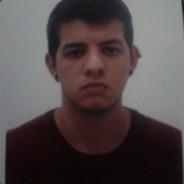 By Behan,
August 10, 2020 in [Don't Starve Together] General Discussion