So I think this happened before everything 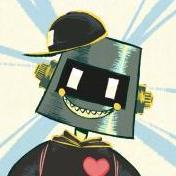 By JamesBucket,
November 24, 2019 in [Don't Starve Together] General Discussion