why doesn't this scrubber run? 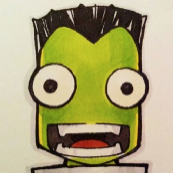