Problem with harassment - Suggestions and Feedback - Klei Entertainment Forums Jump to content
Chester is Back for the Klei Krampus Sale! 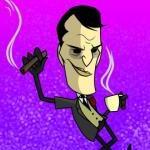 By heckmate, October 26, 2017 in Suggestions and Feedback

This topic is now closed to further replies.
Go To Topic Listing
×