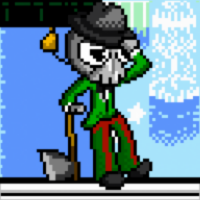 By Pyromailmann,
October 7, 2014 in [Don't Starve Together] Suggestions and Feedback